Huge congratulations to Unnu and «Nils» FiJW-2015 DeepEyes Dull Flame Of Desire V. After having a long break from Agility do to problems with his back, they have rehabilitated and is know back for more. 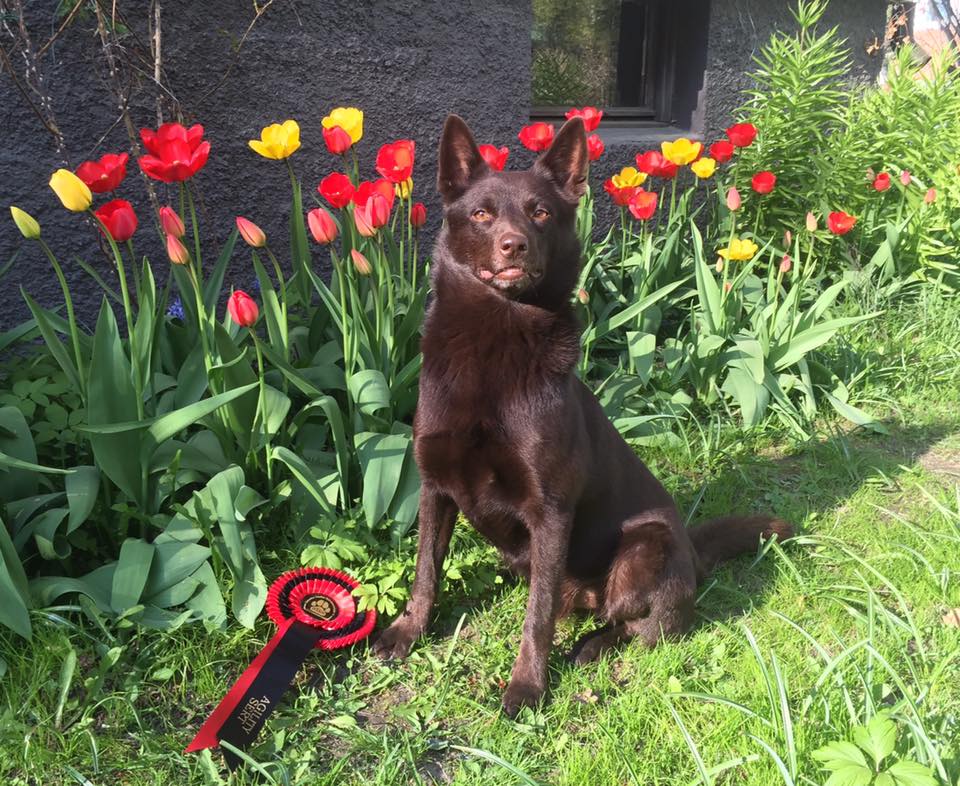 He is know formally know as:

He did a 20 km bikeride that has to be over the average speed of 12 km/h. First 8 km and 15 minuts break then 7 km and 20 minuts brake (I asked to go after 15. Why hang around do the dog gets stiff?) Then the last 5 km. We where first in first round and the rest. Out average speed increased the last 5 km. In total we held 13.9 km/h.
One GSD failed after 4 km… and the 3 other GSD came in a bit later