Since there has been some cases of DCM and serious heart problems in younger dogs I’ve decided to do a couple of heart checks. I where suppose to do it last year, but then Arya decided that she needed to be mated that day 😉

Since I have Similis her this week I took the opportunity to do her at the same time, Since she probably will be mated next winter. She will be 4 in april.

She was given the «all clear». 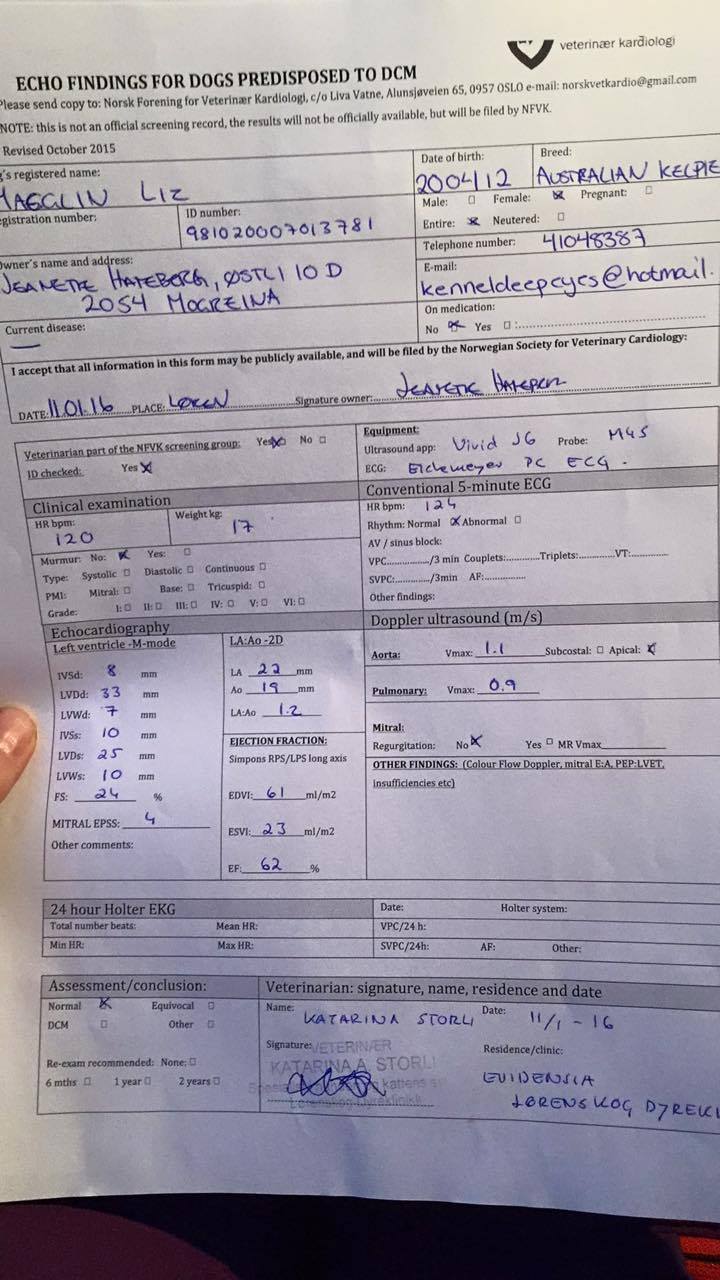 Then it was Talli turn, she will be 9 years in april. The veterinary did find something. And before people gets hysterical, the veterinary do not consider it anything hereditary 🙂 Or something to do anything about at all. No further examination recommended.

She has a very small leak in central mitral. It was, as the paper says, barely visible in the colour doppler. I had to stress her so it got more visible for the cardiologist. So she considered the heart as normal for her age, and at least when I told her how she has been used and is in use physically. It was not visible on the EKG/ECG and she tried several times to listen with a stethoscope with no chance of hearing it.

I’m not going to do any more checks on Talli after this. As the veterinary sad: not many 9 years old, not breeding anymore and castrated females comes in for examination «just because» 😉